I have been regularly trapping with my 20w Heath trap in my urban garden in Evesham this year though generally catch low numbers and have only just reached 200 species since February. Though a Least Carpet on the 17th was noteworthy. However have recently acquired a battery so can now go out and trap in better areas. 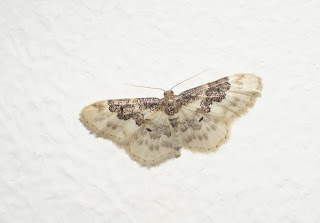 Last night ran the trap on the outside of woodland at the base of Bredon hill near Elmley. A respectable 72 species was caught by 1:15am when temperatures started to drop and the sky cleared. The site looks promising with a range of different habitats. 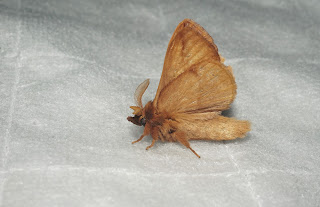 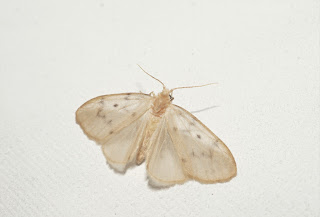 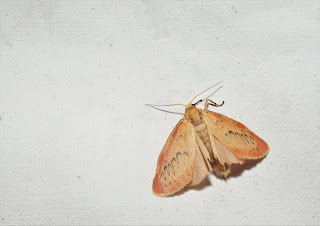 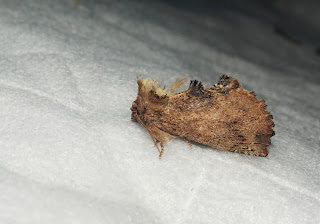 A Greenshank over calling at 00:45 and a hedgehog made it an interesting night!