I've put out a few pheremone lures occasionally in the Whitchurch garden over the last few weeks. Not exactly been inundated with moths but the first garden record of Pammene giganteana came in on 23/3 and possibly Pammene suspectana on 17/4 (retained for Peter to examine). These both were attracted to the versatile MOL lure. A few Phyllonorycter sp. have also come to the NIG lure, also retained for examination. 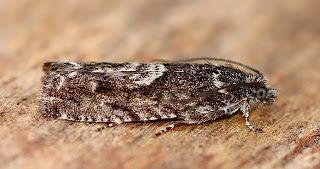 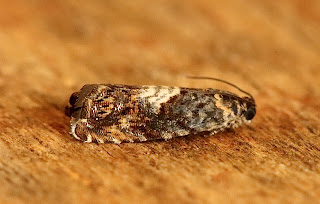 A mild and overcast forecast prompted me to secrete the battery operated actinic Skinner in a small local wood at Bridstow. The woodland has several old oaks, holly, hazel and silver birch. I sat with the trap for between 8pm and 9pm with only a single March Moth and Hebrew Character coming in. By morning a modest catch of 45 individuals of 10 species including 2 Dotted Chestnuts, 1 Frosted Green (NFY), 2 Brindled Pugs (I believe, awaiting PH's confirmation)), 1 Clouded Drab, 16 Common Quaker, 1 Dotted Border, 1 Early Grey, 16 Hebrew Character, 3 March Moths and 2 Small Quakers. 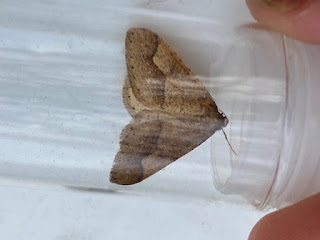 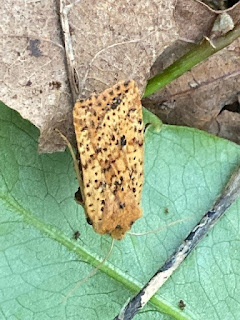 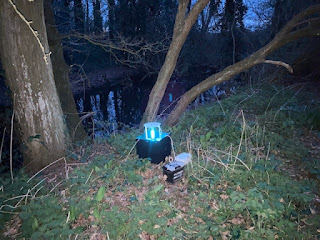 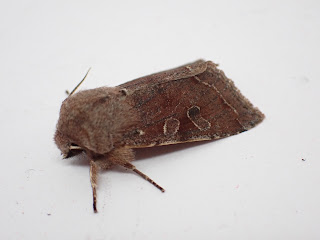 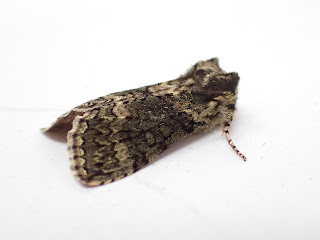