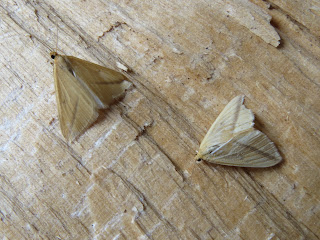 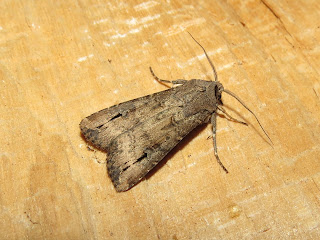 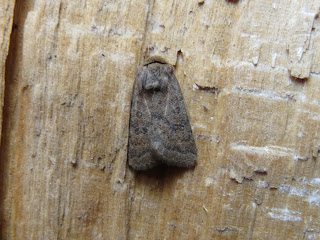 Signs of migration continued here at Norchard, Worcs over the weekend with two Vestal, a Dark Sword-grass and a Diamond-back Moth. A late Uncertain is possibly a second brood rather than a migrant.
Posted by Mike Southall at 17:47 1 comment:

Having just returned from Scilly and had a disappointing time with migrants, it's ironic that I should get such a flush of them in the garden including a county first. The Spoladea recurvalis provided some entertainment, when it flew onto the cone I knew what it was immediately but fluffed it with the pot. I came inside to look it up and then wasn't sure thinking it might be Pyrausta nigrata which can fly in October - fortunately, unknown to me it flew down into the trap without drowning itself so I was pleased and relieved to find it again under an egg box.

Over 2 nights I recorded the folloing migrants: 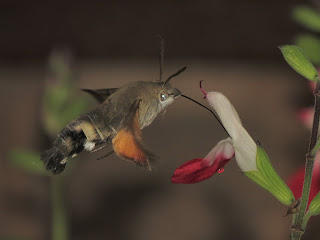 I first saw this Hummingbird Hawk-moth at 8.30 am on a cold Sunday morning the 11th of October in my garden at Norchard, Worcs. This photo was taken later on the same morning and presumably the same individual feeding on a Salvia. I had found a Vestal feeding on ivy on the 2nd of October. Unfortunately it had disappeared when I got back with my camera.
Posted by Mike Southall at 13:11 No comments:

Time to catch up !

Having seen several posts for Clifden Nonpareil over the last week or two, finally catch up with 3 over the last 2 nights to the garden trap near Pershore - the one below being the most intact - birds / bats having had a bit of a nibble at the wings of the other 2 ! 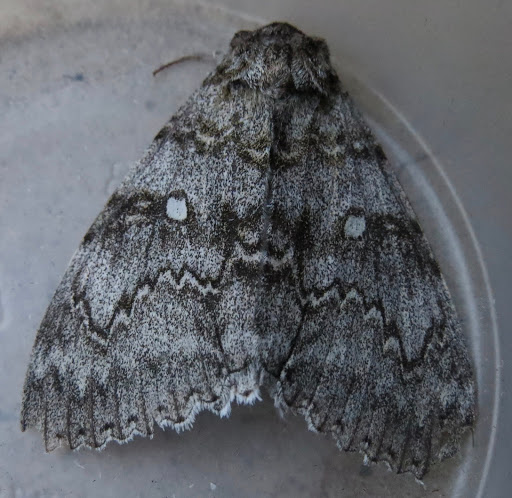 Posted by Gavin Peplow at 20:01 No comments:

I was very envious when I read that Mike Bailey had received a visit from a Clifden Nonpareil and didn’t expect to only have to wait a fortnight before one reached my garden - possibly attracted by the black poplars? When I checked my trap in the early hours of Sunday morning, my suspicions were aroused by the size of what at first glance, looked like a very large Red Underwing. On looking closer, there was something quite different about the markings. A glimpse of blue as it briefly flashed opened it wings confirmed that I too had a special visitor.

I released it back into the trap at dusk yesterday evening to move on in its own time – all the other moths had flown by this morning, but it stuck around most of the day, resting on the inside wall of the box before leaving mid afternoon Sally Webster 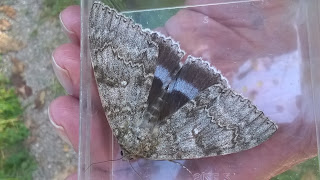 Some September notes from the Doward

I was surprised to find a Marbled White-spot last night (Sept 21st) but PH advised me that the last Atlas has a second generation September blip on the phenology chart. Overall a quiet period here on the Doward with jut the first Black Rustic of the Autumn and a few Dusky Thorns. 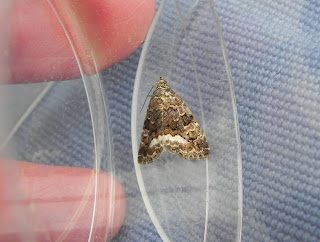 Not to outdone I also had one of these bluey things on 18th. 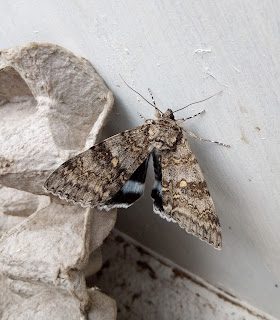 On 8th September I thought I'd finally found something rare with this Metalampra italica  an Oecophorid first new to science in 1977 and first found in UK in 2003. But PH tells me they're now well established in Herefordshire since 2014 with 30 odd records. 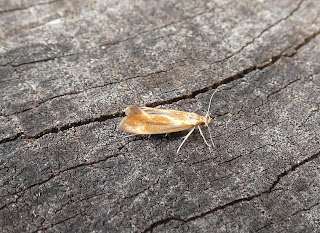 Posted by Ian Draycott at 21:44 No comments:

Since my brother resurrected Dad's Robinson moth trap in June, we have enjoyed many mornings going through the trap. Sunday (20/09/20) was no exception! We were delighted to find a Clifden Nonpareil lurking under the penultimate egg carton!

A beautiful specimen and a first for me. I think I'll be buzzing for a while yet over this one! 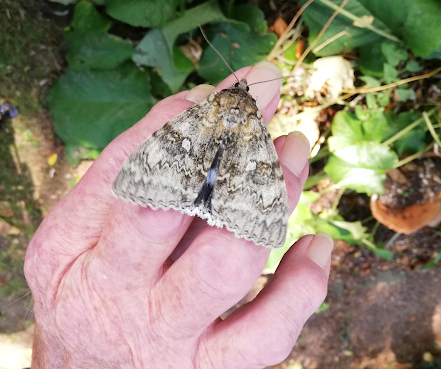 Also very pleased to have found this resource, finding it very helpful with identifying the moths that appear in your 'What's Flying Tonight' section. Thank you all!

Posted by Theresa de la Fuente at 08:16 No comments: