A very warm day and overnight temperatures of 16 C so I put out 3 traps and was rewarded with 92 species 25 of which were new for the year.

Of particular note were Eudonia pallida which was new for me and 2 Pammene which appear to be of the same species but I am having trouble deciding exactly which.

They don't appear to be argyrana which I have already had this year and I guess they are probably albuginana which would be a nice record or a remote chance of ignorata which has popped up recently a few times down south. I guess they will need chopping. 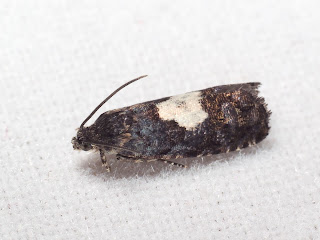 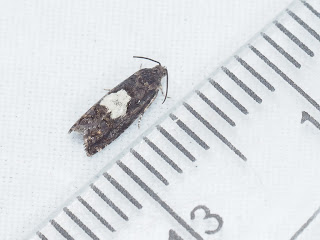 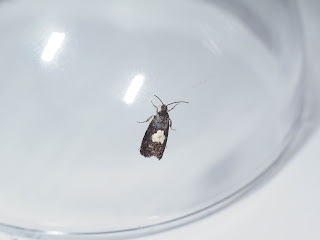