After starting uni I have had limit opportunity to trap in my home garden in urban Evesham. However, on return the trap was out even if the weather may have been a bit too windy. 45 moths of 15 species were recorded however the highlight was actually outside the trap, a PRIVET HAWKMOTH!! This becomes the 6 species of hawkmoth for the garden after my first record of Lime earlier in the year. On seeing the moth, to say I was excited would have been an understatement especially as its the largest hawkmoth I've ever seen however, I did not realise the significance of the record and how rare they are (would love to know how many Worcs records there are?). Heart and dart was the commonest moth with 22 recorded as well as the second light arches for the garden. 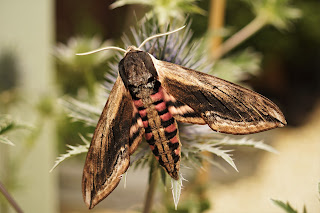 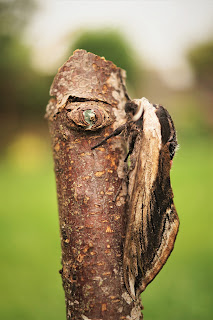 Posted by Edward Betteridge at 19:05